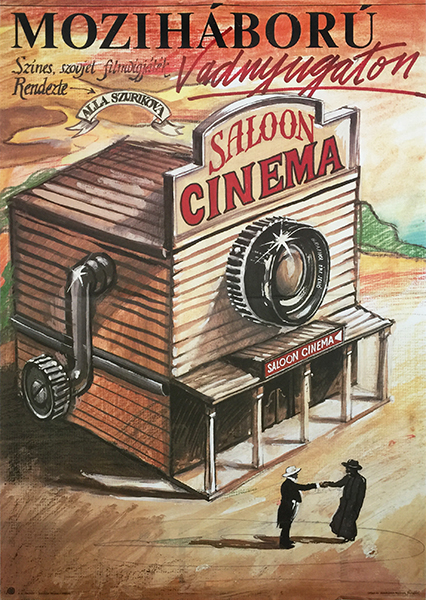 Man from Boulevard des Capucines, A

A Man from the Boulevard des Capucines (Russian: Человек с бульвара Капуцинов, Chelovek s bulvara Kaputsinov) is a Red Western comedy film of 1987 (Mosfilm production), with nods to silent film and the transforming power of celluloid.

It is particularly unusual in Soviet cinema for two reasons: first, it was directed by one of the few female Soviet directors of any stature, Alla Surikova, and second it was a rare post-modernist outing.

The film was the leader of Soviet distribution in 1987 and had 60 million viewers. (source: wikipedia.org)