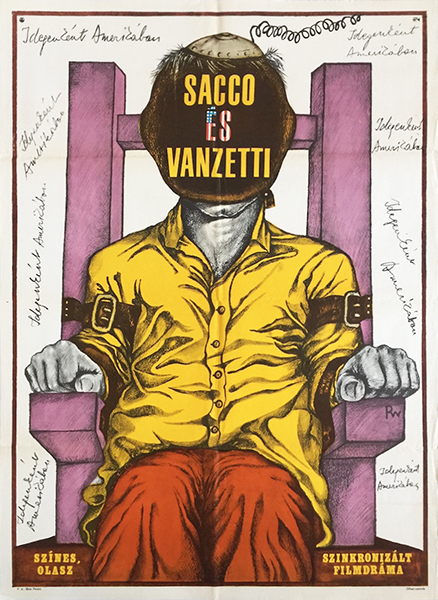 Sacco e Vanzetti is an Italian docudrama written and directed by Giuliano Montaldo that premiered in Italy on 16 March 1971. The story is based on the events surrounding the trial and judicial execution of Nicola Sacco and Bartolomeo Vanzetti, two anarchists of Italian origin, who were sentenced to death by a United States court in the 1920s. The film's musical score was composed and conducted by Ennio Morricone with the three-part ballad sung by Joan Baez. The film is mainly shot in colour although it both starts and finishes in black and white, and also includes period black and white newsreels. (source: wikipedia.org)