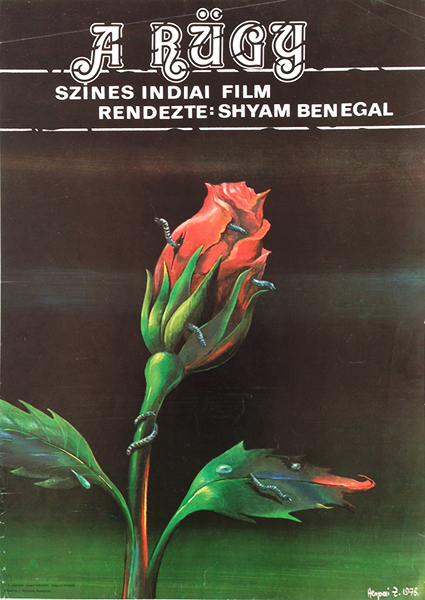 Fine, creases and smaller tears along the border.

Zoltán Herpai's poster has a depressing atmosphere and it was made for a 1974 Indian movie, 'The Seedling' (original title: Ankur) directed by Shyam Benegal.

Like many of Benegal's other films, Ankur belongs to the genre of Indian art films, or more precisely, Indian Parallel cinema. The plot is based on a true story that occurred in Hyderabad, apparently in the 1950s. The film analyzes human behavior in general and heavily stresses characterization (though the story is not fictional). The story revolves around two characters, Lakshmi and Surya.