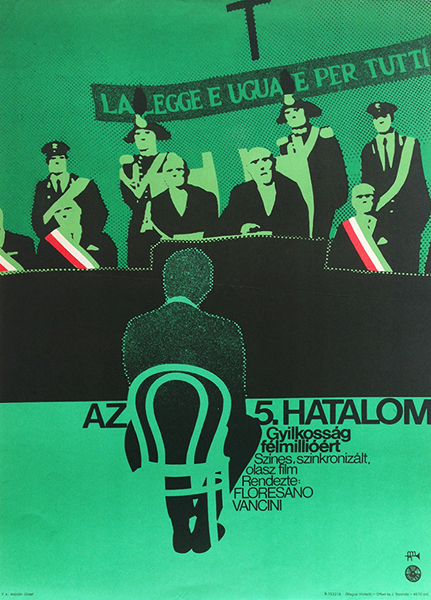 Original title: La violenza: Quinto potere. Decorative poster for a 1972 Italian crime movie. Taking place almost entirely during a murder trial, the film details in significant detail the deep roots sunk by organised crime in the business and political life of Sicily. There are a few flashbacks which include what little 'action' the film includes, but the vast majority of the film is a lengthy indictment of mafia corruption. The soundtrack was written by Ennio Morricone (source: imdb.com)