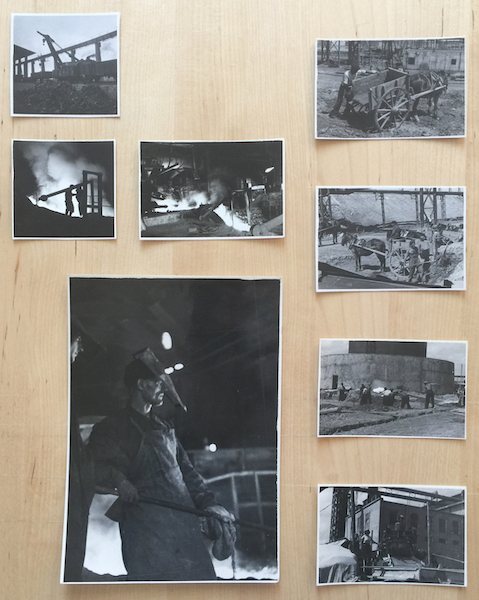 The construction of Stalin City

The construction of Stalin City is a 1954 group of 13 vintage Hungarian black and white photographs by Sandor Ek (Alex Keil).

Dunaújváros (pronounced [ˈdunɒuːjvaːroʃ]; formerly known as Dunapentele and Sztálinváros; German: Neustadt an der Donau Serbian: Пантелија/Pantelija) is an industrial city in Fejér County, Central Hungary. The city is best known for its steelworks, which is the largest in the country. The city replaced the village of Dunapentele ("Pantaleon up on the Danube"), named after Saint Pantaleon. The construction of this new industrial city started in 1949 and the original village was renamed Sztálinváros ("Stalin City") in 1951. After the Hungarian revolution of 1956 the new government renamed the city the neutral Dunaújváros in 1961, which means "Danube New City" (New City on the Danube). (source: wikipedia.org)