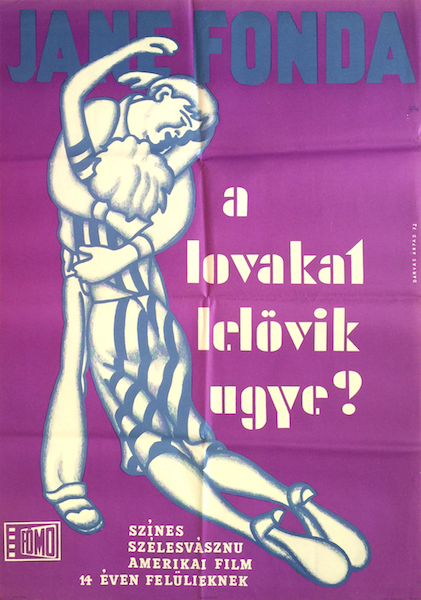 They Shoot Horses, Don't They?

They Shoot Horses, Don't They? is a 1969 American drama film directed by Sydney Pollack. The screenplay by James Poe and Robert E. Thompson is based on the 1935 novel of the same name by Horace McCoy. It focuses on a disparate group of characters desperate to win a Depression-era dance marathon and the opportunistic emcee (MC) who urges them on to victory. It stars Jane Fonda, Michael Sarrazin, Susannah York, Bruce Dern, Bonnie Bedelia, and Gig Young. Young won the Academy Award for Best Supporting Actor for his performance, while Fonda and York were nominated for the Academy Awards for Best Actress and Best Supporting Actress respectively. (source: wikipedia.org)