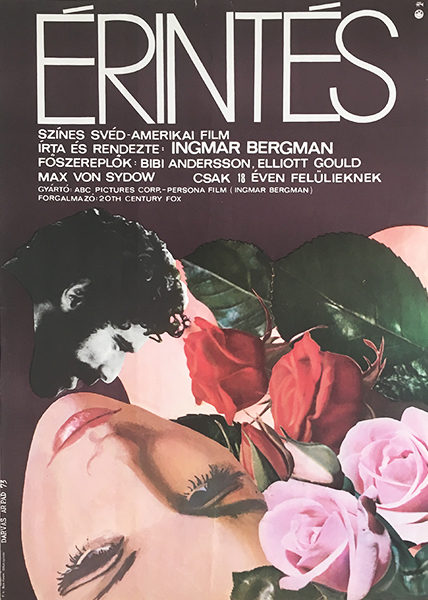 The film is about a seemingly happy Swedish housewife and mother begins an adulterous affair with a foreign archaeologist who is working near her home. But he is an emotionally scarred man, a Jewish survivor from a concentration camp who found refuge in the U.S.,and, consequently, their relationship will be painfully difficult. (source: imdb.com).

The designer of this poster was Árpád Darvas who was among the first artists in Hungary to use photomontage. This was also made with photomontage tecnique. The movie posters of Darvas always reflected the atmosphere of  the advertised film which is the case with this poster as well.