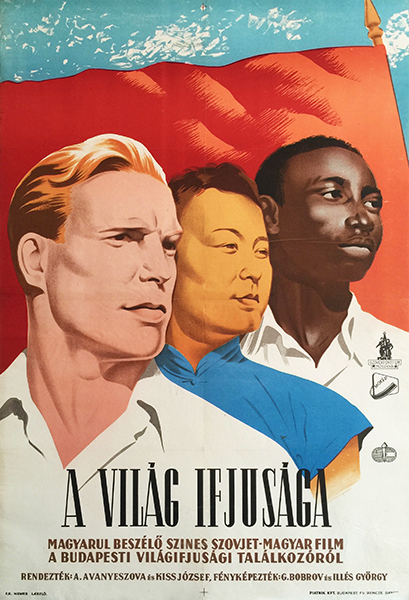 The poster was created for a Hungarian- Soviet film that documented the World Festival of Youth held in Budapest in 1949.