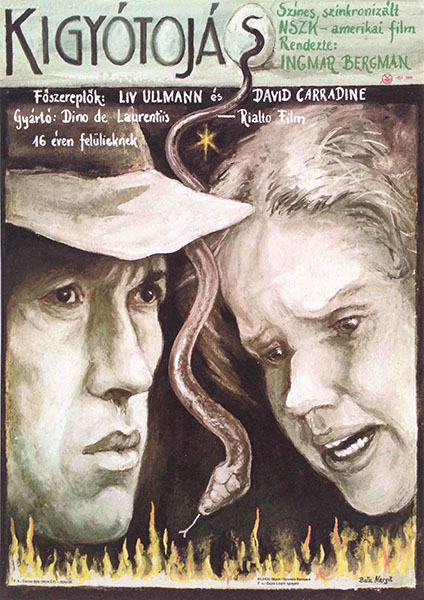 The Serpent's Egg is a 1977 American-West German drama film written and directed by Ingmar Bergman and starring David Carradine and Liv Ullmann. The story is set in 1920s Berlin and features English and German dialogue. It was Bergman's only Hollywood film. The title is taken from a line spoken by Brutus in Shakespeare's Julius Caesar: "And therefore think him as a serpent's egg / Which hatch'd, would as his kind grow mischievous; / And kill him in the shell". Even though the film was a critical and commercial failure upon its initial release, Bergman was reported to be happy with the film. (source: wikipedia.org)