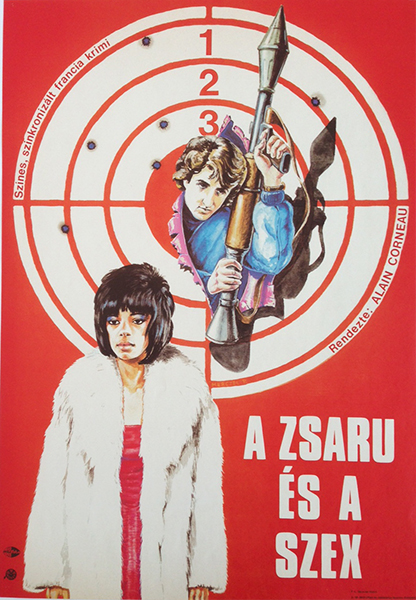 "In this action thriller, Richard Anconina is Willie, a young and lonesome cop who loves lonesome cowboy music. While on a drug case Willie comes across a mulatta named Jo (model Ambre of Senegalese extraction), who is trapped in a dismal life of prostitution by two abusive Lebanese brothers, who also work in the illegal weapons business. Risking his own life, Willie frees Jo from their fierce imprisonment, but the battered woman runs right back again. Understanding her dilemma, Willie keeps at it until she comes around and stays with him -- but by now the two arms dealers have long decided to use their merchandise to wipe Willie off the Parisian streets." (source: http://www.rottentomatoes.com/)

The Hungarian poster was created by Péter Merczel, employing a grotesque portrayal.