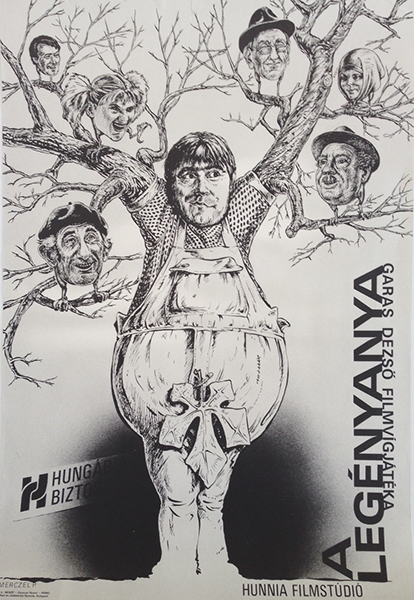 In the small village of Rátót, every male is called Béla. When a woman gives birth to her child, she names him Józsi... Almost 2 decades later, Józsi becomes pregnant... (source: imdb.com)

The poster is a typical grotesque and humorous composition of Péter Merczel who created a skillul and detailed drawing here. The main character is depicted as the bole, and faces of other characters can be seen on the brances of the tree. The graphical style of the design recalls the visual world of caricatures and old graphical satirical magazines.