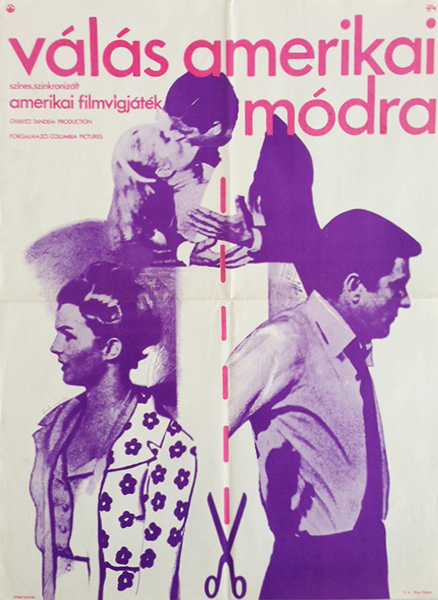 Beautiful poster designed by László Lakner for a 1967 American satirical comedy film directed by Bud Yorkin and starring Dick Van Dyke, Debbie Reynolds, Jean Simmons, Jason Robards and Van Johnson. Norman Lear produced the film and wrote the script based on a story by Robert Kaufman. It focuses on a married couple that opts for divorce when counseling fails to help them resolve their various problems, and the problems presented to divorced people by alimony. The title is an homage to Divorce Italian Style (1961). (source: wikipedia.org)