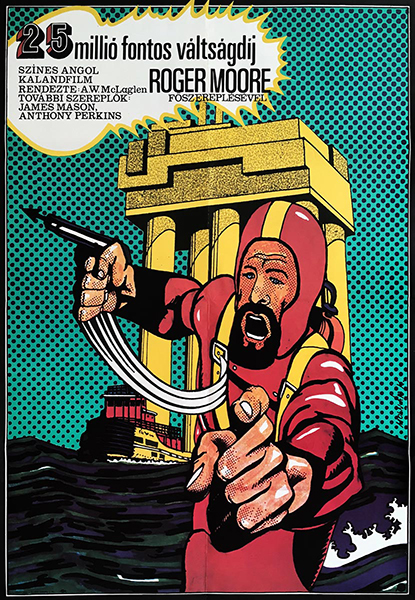 North Sea Hijack (released as ffolkes outside the UK and as Assault Force on US TV) is a British action film from 1980 starring Roger Moore, James Mason, Anthony Perkins and Michael Parks. It was directed by Andrew V. McLaglen and adapted by Jack Davies from his novel, Esther, Ruth and Jennifer. This film was a vehicle for both Moore and Perkins to try to escape typecasting. Previously, Moore had been practically typecast as a womanising, happy-go-lucky playboy in such series as The Saint, The Persuaders! and James Bond. In contrast to those parts, he portrays a bearded, eccentric, arrogant, cat-loving misogynist with master strategist skills. (source: wikipedia.org)