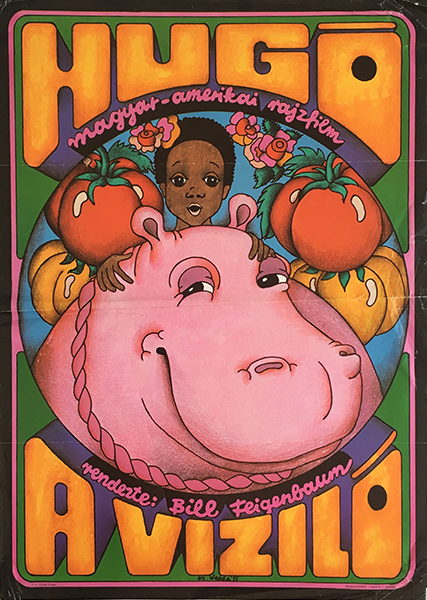 Hugo the Hippo is a 1975 Hungarian vintage poster designed by Wanda Szyksznian.

Hugo the Hippo (Hungarian: Hugó, a víziló) is a 1975 animated film produced by the Pannónia Filmstúdió of Hungary and co-produced in the United States by Brut Productions, a division of French perfume company Faberge. It was released in Hungary in 1975 and in the United States in 1976 by 20th Century Fox. The film was directed by William Feigenbaum and József Gémes. (source: wikiedia.org)