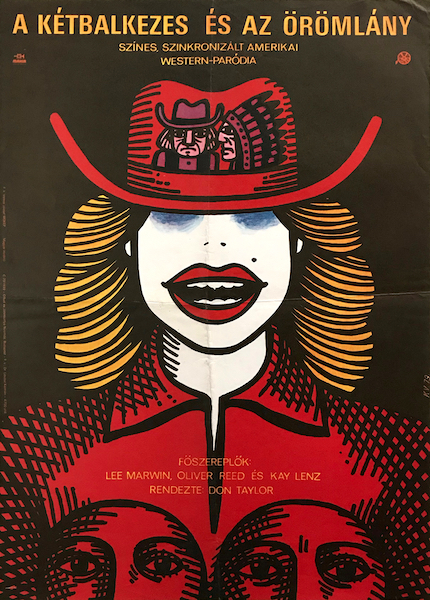 The Great Scout & Cathouse Thursday is a 1976 comedy film directed by Don Taylor starring Lee Marvin, Oliver Reed, Sylvia Miles and Kay Lenz. Sam Longwood, a frontiersman who has seen better days, has spent the last 15 years looking for his ex-business partner Jack Colby, who ran off with all the gold from a mine they were prospecting but also took the love of his life, Nancy Sue, as well. Sam, along with his two other partners- Indian Joe Knox and Billy, has finally found Colby and along the way they pick up a young prostitute nicknamed Thursday. But getting their money isn't going to be as easy as they think. (source: wikipedia.org)