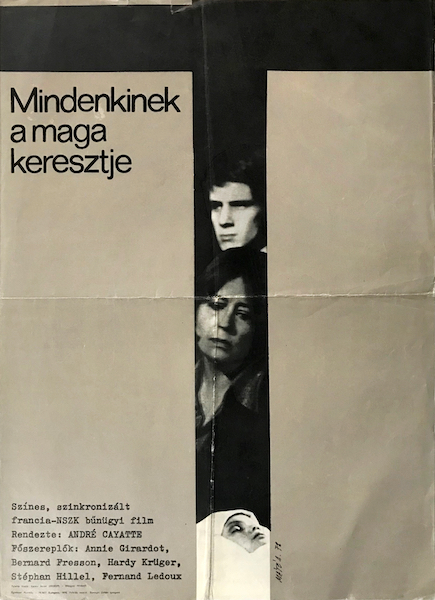 To Each His Hell

To Each His Hell is a 1978 vintage Hungarian movie poster for a film released in 1979, designed by Andras Mate.

A mother discovers that after the worst - her daughter is kidnapped, then killed -, there can be something even worse. The ransom has been paid, but she finds her girl's dead body in a plastic bag. As the police investigates to unmask the killer, an awful doubt worms its way into the desperate mother's mind.