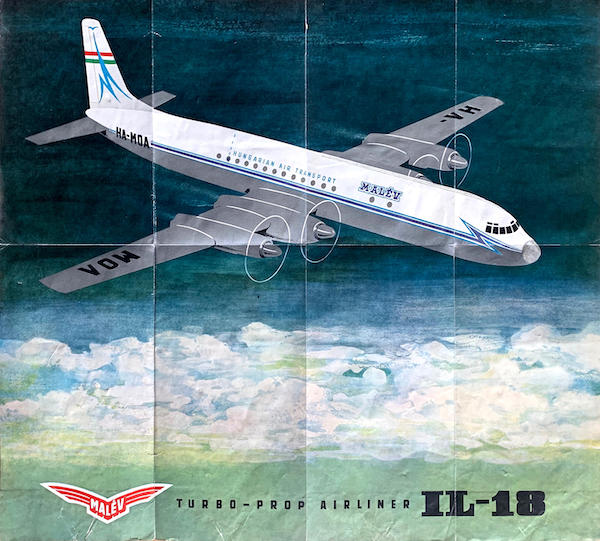 Very good, a few small tears, some separation along the fold lines, staining and dirt.

Original vintage two-sided airline travel advertising poster brochure. The bottom of the fuselage and the wings are printed with silver. MALEV Hungarian Airlines was the flag carrier of Hungary from 1946 until 2012. Its head office was in Budapest, with its main hub at Budapest Ferenc Liszt International Airport. The Ilyushin Il-18 is a large turboprop airliner that first flew in 1957 and became one of the best known and durable Soviet aircraft of its era. The Il-18 was one of the world's principal airliners for several decades and was widely exported. Due to the aircraft's airframe durability, many examples achieved over 45,000 flight hours and the type remains operational in both military and (to a lesser extent) civilian capacities. The Il-18's successor was the long range Il-62 jet airliner.