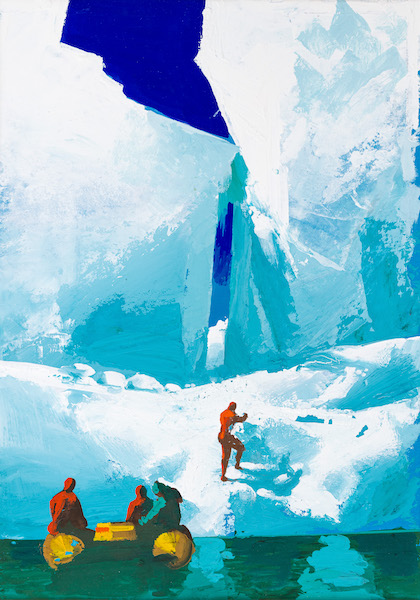 Voyage to the Edge of the World

Voyage to the Edge of the World is a 1978 Hungarian movie poster maquette designed by Lajos Gorog.

Voyage to the Edge of the World (French: Voyage au bout du monde) is a 1976 French nature documentary film directed by Jacques-Yves Cousteau, his son Philippe Cousteau and Marshall Flaum. The film follows a four months expedition through Antarctica undertaken between the end of 1972 and the beginning of 1973. It was Cousteau's third and last full-length film, following The Silent World (1956) and World Without Sun (1964). As a difference with those two earlier Cousteau films, both mainly narrated by Jacques-Yves Cousteau himself, on this film Jacques-Yves' voice-over alternates with co-director Philippe Cousteau's voice. (source: wikipedia.org)