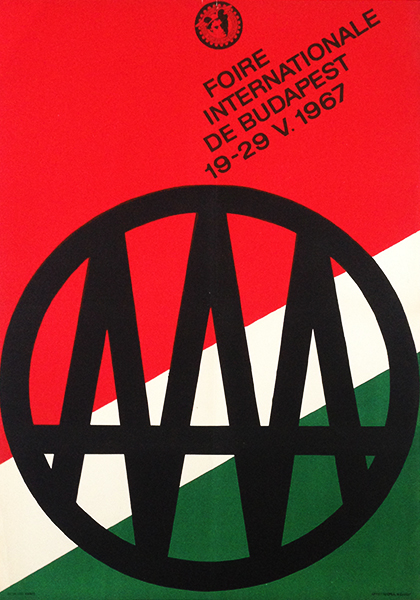 Foire Internationale de Budapest 1967 is a vintage Hungarian commercial event poster promoting the Budapest International Fair in 1967. The minimalist design shows the logo of the Fair in the centre of the composition which is highlighted by the Hungarian tricolor in the background.