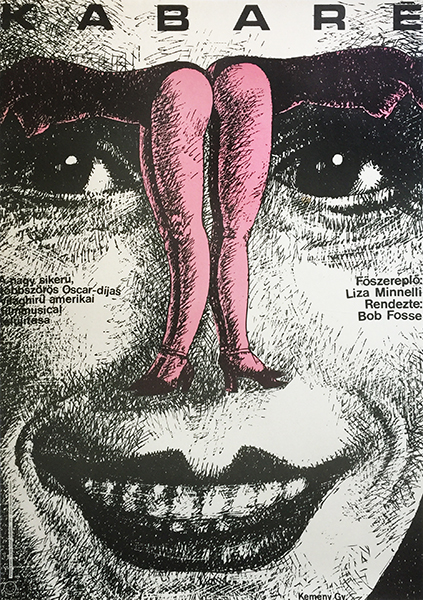 Cabaret is a 1973 vintage Hungarian movie poster for the first release of the film in Hungary designed by Gyorgy Kemeny.

Cabaret is a 1972 musical film directed by Bob Fosse and starring Liza Minnelli, Michael York and Joel Grey. The film is set in Berlin during the Weimar Republic in 1931, under the ominous presence of the growing Nazi Party.