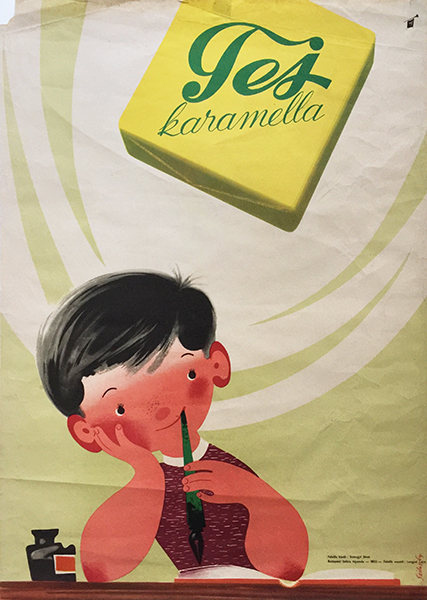 The poster promotes milk caramel with the image of a school kid what clearly defines the target group. The kid is depicted sitting at his desk, with an open book, a pen and ink in front of him. He seems bright. The image of the caramel above him in fromt of a white backround pops out, and it looks like the visualization of the kid's thoughts. He needs the milk caramel during studying to enhance his performance.