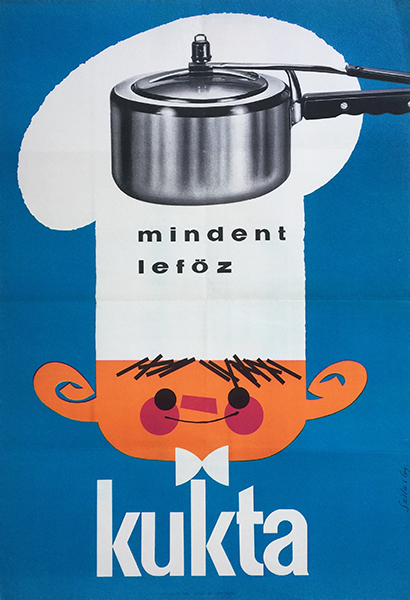 Pressure cooker cooks better than anything

The text on the poster is a word play in Hungarian. 'Mindent lefoz' literally means that it can cook anything. The expression is also an idiom meaning that it can outplay everything. Another play is apparent in the composition, as the word 'kukta' also has a double meaning: it means pressure cooker and the cook's helper as well, hence Szilas displayed the advertsied product in front of the hat of the cook's helper.