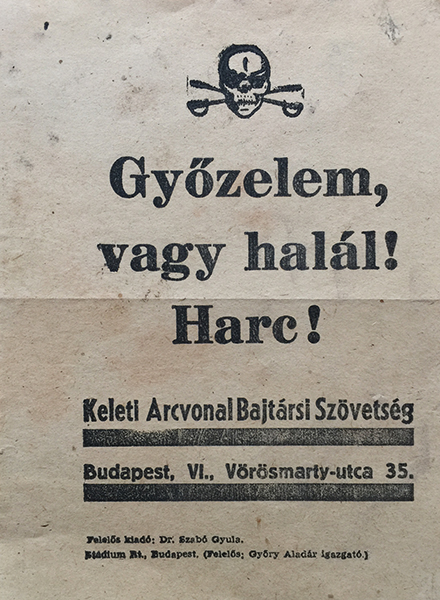 The KABSZ was established in 1944 and was terminated in 1945. The founders of it were veterans returning from the Don Front knowing all the horror of the Soviet system. Being afraid of Hungary getting occupied by the Soviets they volunteered for patriotic fights. The leader of the association was Béla Imrédy. Their motto was: rather be a hero for a moment than slave for a whole life. In 1945 the association was terminated, after the Soviets took over following a long and bloody siege of Budapest. After the change of the system (1989) the association was reorganized by the Independent Smallholders, Agrarian Workers and Civic Party and it has a very bad reputation. They are being associated with extreme rightist actions.