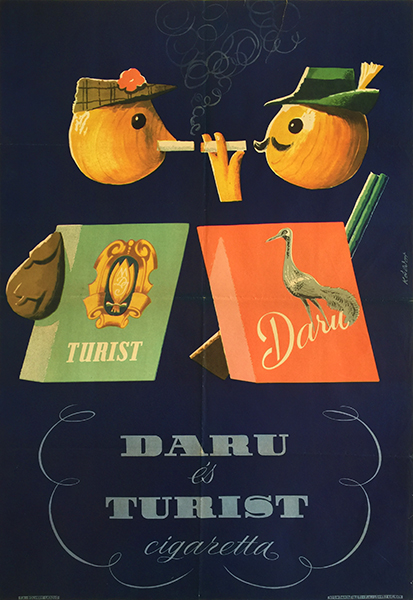 Humorous commercial poster from the 1960s. It was created by László Káldor who is mostly known for his funny and caricaturistic designs.

The work depicts two little wooden figures of hunters with cigarette pack bodies, lighting their cigarettes. The cigarette packs obviously represent the advertised brands. The clever idea of personification is the main humour factor here - it is worth having a look at the clothing of these figures. The typical hunter cap and hat, the equipment (the gun), what's more, the mustaches are adorable. It is interesting that the text appearing beneath together with the lines of the smoke have a special, old visual character, they evoke the atmosphere of the onetime commercial designs from the beginning of the century.