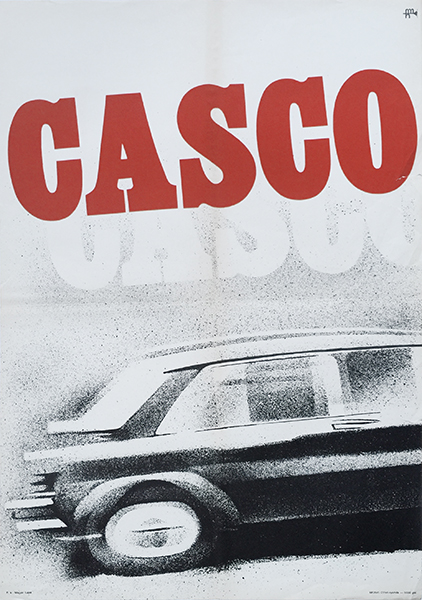 In Hungary, the first insurance companies appeared in the second half of the 18th century and after the Second World War, in the socialist era the companies were nationalized. Casco was and still is an mandatory insurance that has to be paid by every vehicle owner (cars, trucks, motorcycles).

This poster shows the blurred image of a car constructed of black dots. The image looks as if the black paint was sprayed in various layers in order to give this blurred effect. Certain parts were covered during the spraying what is well visible on the white traces ledt by 'CASCO' right below the red, identical letters.